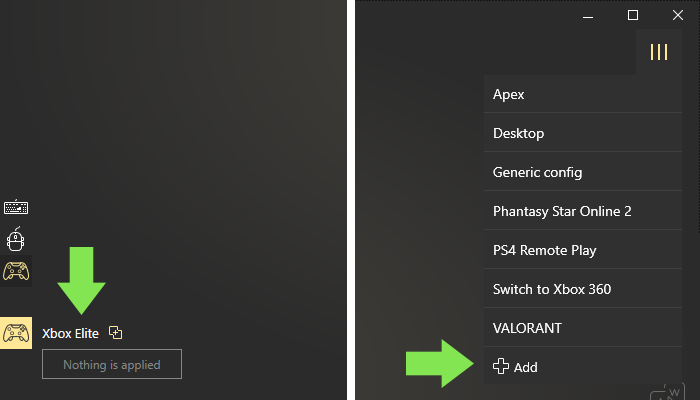 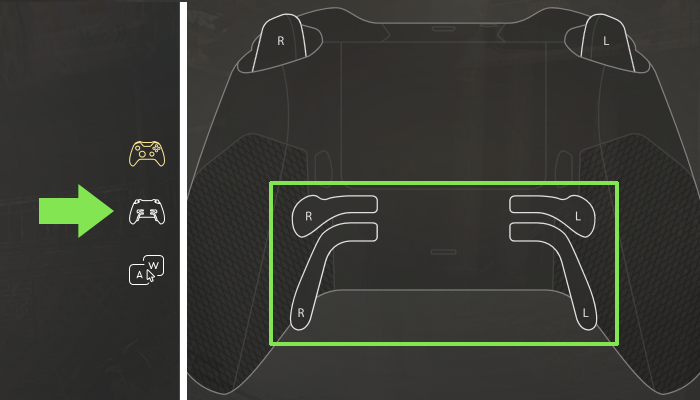 Why to map keyboard and mouse buttons to Elite paddles

Xbox One Elite controller button mapping applies to paddles too with reWASD: you can revive your Xbox Elite paddles and bind any keyboard or mouse key to them. Elite paddles are extremely useful when you play first-person shooter games to keep your fingers on sticks and concentrate on the gameplay.

How to map keyboard and mouse buttons to Elite paddles 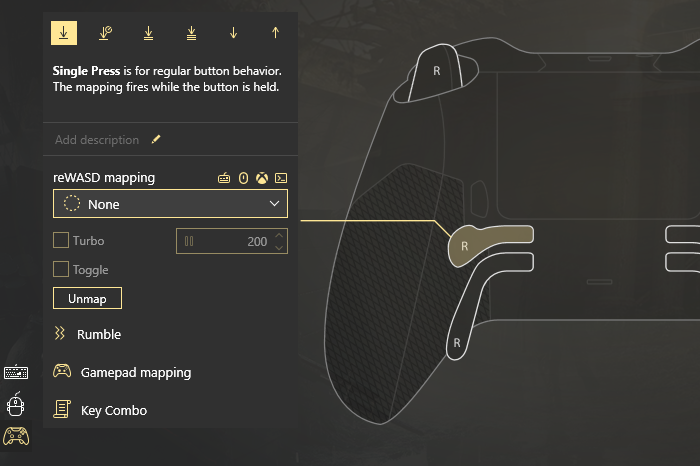 A few words about the available features: you can assign face buttons (XYAB), both bumpers, both triggers presses, sticks clicks or D-pad on each other.

The last hardware remapping option — Unmapped. Actually, unmap is the best choice if you change Xbox one controller button layout completely. When you remap controller buttons on PC and add keyboard keys to them, you need to overlap the native action. Choose Unmapped — and you won't get doubled actions in the game. Want to get more details? Read about how to unmap controller buttons in our previous post, and check out in which games unmaps are irreplaceable from our manual.

Our team continues working on reWASD to make it even more powerful and useful for you! This process is impossible without user feedback, so tell us what you do or don't like about the gamepad remapping software we propose. Reach out to us wherever you feel comfortable: Discord text chat, on Facebook, or on reWASD Forum. Make sure to follow us on Pinterest, Reddit, and YouTube to keep your hand on the pulse.